When asked about abolishing penalty rates, at a private meeting of the Liberal faithful last year, Prime Minister Tony Abbott said he believed the only way to bring this about would be for a federal government to pressure the independent umpire to strip back penalty rates.

“I am confident that if the government were to back, for argument’s sake, applications to the Fair Work Commission for adjustments in this area, it may well be successful.”

Abbott’s plan to roll back penalty rates, couched in such cautious language before the federal election, is now gaining momentum.

The Fair Work Commission has begun a review of awards. The review will allow the commission to make decisions on whether minimum pay and conditions should be varied across the 122 modern awards that cover most Australian employees.

The Abbott government has asked the review to consider whether minimum terms and conditions, including penalty rates, are “appropriate in a particular industry”. The government’s submission acknowledged the review may lead to “significant changes” to the modern award system.

Before the election the Coalition promised not to make any legislative changes to the Fair Work Act, but this submission comes as a further sign that the federal government is prepared to back a push by business to reduce operating costs via penalty rates. 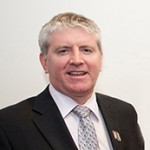 “Everything suggests WorkChoices was merely sedated, not cremated, as Tony Abbott promised,” he said.