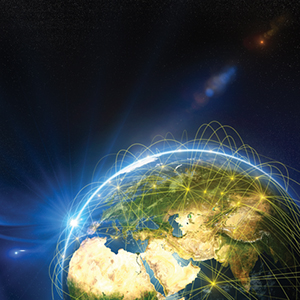 Seven years after its launch, Twitter has 300 million users who post 200 million tweets a day, many on the subject of health.

Behind the mad, the mundane and the mindless posts there are some serious messages on Twitter for health professionals. Researchers are now mining the infuriating 140 letter thought ejaculations to gain valuable public health data.

Because of its immediacy, Twitter in particular is providing a new way to track where diseases occur and how they are being treated. This allows “big data” mining of real time tweets, a sort of open cut approach to digging up a resource and then extracting the good stuff from the overburden. That extraction process is now the subject of much research on the best way to find out what’s happening “in the wild” and how to make sense of the incessant, and not necessarily well-informed, chatter of millions.

Professor of Public Health at Sydney University, Simon Chapman, uses the term “communicated diseases,” to describe some of the chatter, for instance on wind turbine syndrome.

In less than two hours of online research he found mention of nearly 50 wind turbine-related diseases. Further research brought the number to 155, many of them problems that affect large proportions of any community, including those living far from the alleged blades of death.

In an online article in The Conversation, Professor Chapman writes that in four decades working on three continents he has encountered nothing in the history of disease that is thought to have caused a fraction of the problems claimed, online, by opponents of wind turbine electricity generation.

But despite the dubiousness of such apparent mass “cyberchondria”, the highly respected Pew Research Centre says phone surveys do not support “the oft-expressed fear that patients are using the internet to self-diagnose and self-medicate without reference to medical professionals. Instead, advice from peers is a supplement to what a doctor or nurse may have to say about a health situation that arises.”

In fact, according to Pew researchers, this same “peer-to-peer” discussion has many indirect benefits to both sufferers and health professionals, especially in the case of rare diseases where sufferers can find solace from knowing other people are dealing with similar problems.

According to Pew, “each person is an expert in observing the effects of a disease or a treatment on their own or a loved one’s body or mind. In this way, rare-disease patients and caregivers who gather together online are an example of a ‘smart’ group, the elements of which James Surowiecki described in his book, The Wisdom of Crowds as ‘diverse and decentralised, yet able to pool knowledge and summarise their observations, no matter how eccentric or individual they may be.'”

“We have this ancient instinct to find other people who share our same problems so we can solve them together,” she said. The internet made this faster and easier but it was still the same instinct at play. For patients and those who care for them, social networks could offer solace from what can be a lonely battle for survival, Fox says.

And while social networking services like Twitter have played a particular role in offering support, and the chance to share experiences among fellow sufferers of rare and chronic diseases, patients still turn to a health professional for treatment rather than the internet.

In their paper, You Are What you Tweet, Michael J. Paul and Mark Dredze of the Human Language Technology Centre of Excellence at Johns Hopkins University, mined a mind numbing 1.5 million health-related tweets. The pair tracked illnesses over time, measured behavioral risk factors, localised illnesses by geographic region and analysed symptoms and medication usage. They concluded that using Twitter scientifically could replace more expensive and time consuming methods used by public health officials and researchers, and also expand the range of what could be easily measured.

The number of people going online to track down their ailments, imagined or otherwise, will grow on free services like Twitter. But whenever Dr Google puts up a paywall they are more likely than not to leave the virtual waiting room.

So keep on tweeting.

You could be contributing to public health in a whole new way.

With its emphasis on industrial, union and health, @nswnma is well connected to health journalists, other unions in Australia and internationally, NGOs, professional organisations, academics and activists in healthcare social media. As The Lamp went to print the @nswnma Twitter account had 2370 followers.

@nurseuncut is an outlet for stories by and for Australian nurses on the Nurse Uncut blog.

This Twitter channel has a large international audience of individual nurses and is oriented toward nursing stories and issues. As The Lamp went to print it had 1570 followers.

It’s easy to start a Twitter account, get the Twitter app on your smartphone and follow @nswnma and @nurseuncut. It’s an easy and instant way to keep in touch and to spread Association news links and photos to your colleagues and friends.

Use and look for the hashtag #morenurses for news about our 2013 Public Health Service campaign.