The evolution of Medicare

The Lamp spoke to Anne-Marie Boxall, co-author of Making Medicare, about the challenges facing our iconic public health system. 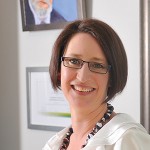 What was the Australian health system like before we had Medibank/Medicare?

It worked well for some people but a lot of average people didn’t get the necessary health benefits. There was a built in degree of inequity in the system. Some people didn’t go to health services at all – to GPs or avoided hospitals. Obviously that had a terrible impact on their health or it may have delayed their accessing care. When they did eventually go they were in much poorer health. Some people couldn’t avoid going and it ended up costing them a lot of money. One of the people I interviewed for the book told me it was not uncommon in inner city Sydney to see the medical debt collector driving around knocking on people’s doors and taking away furniture to pay for medical debts. I was surprised to hear that the cost of medical care could actually bankrupt people back then. It was not uncommon. We hear of things like that happening in the United States but back then it was not uncommon in inner Sydney either.

How important was the union movement to the creation of Medicare?

The union movement was pivotal, absolutely critical, to getting Medicare. And the reason was that although the Labor Party fought hard to get their Medibank proposal up and running, it was prepared to consider other options in the period between the Whitlam Government and the Hawke Government. The union movement was adamant that the Medibank system be returned. They didn’t care what the name was but they wanted a universal tax-funded insurance scheme in Australia and they never gave up fighting for it. Because they didn’t give up it became a critical factor in why we got Medicare. Medicare was one of the pay offs for the Income and Prices Accord. It was the centerpiece of the social wage.

What impact would co-payments for GP or ED visits have on the universal nature of Medicare?

We already have a lot of co-payments in our health system – for example with pharmaceuticals and a whole range of other services and products. Public hospitals don’t have co-payments and that is an important feature of Medicare. Bulk billing is an important aspect of Medicare – access to GP services. So although co-payments for GP visits are an option for raising revenue for the government they do undermine the basic principle of Medicare. The World Health Organisation has pointed out that a co-payment as a mechanism for financing public health systems is the least equitable. There are many other ways to finance health care. We already pay higher co-payments compared with other countries. It’s not a sensible option because of the signal it sends about our system but also because it is not very effective.

What other changes could a government introduce to undermine its universal status?

One of the principals of Medicare is that it is universal. So anybody who is a citizen is included in the system. I think that if you change that, by making Medicare means tested for example, it is really difficult to argue that it is the same system. I think if bulk billing was grossly undermined, and it was by far and away the minority of people who were bulk billed, that would start to raise questions about the universality of Medicare. We must remain firm on the principals of Medicare. It must provide universal access and it must be equitable. Co-payments aren’t that. I think a $6 co-payment in itself is not the end of the world, it’s just not a good policy idea.

When the Fraser Government tried to tinker with Medibank it eventually fell apart. Do you harbour fears that the same could happen with Medicare?

My concern is that we don’t think of our health system in a big picture way very often, so the damage to our Medicare system will come from people not being willing to stand back and do the analysis. Most governments don’t have that level of strategy. That’s more the risk – ignoring it or not seeing the big picture and trying to solve things by tinkering here or tweaking there.

Australia spends a lot of money on subsidising private health insurance. Is this an efficient use of resources?

Treasury has said that it is not an efficient use of our resources. Private health insurance has always been government subsidised in some way or form in Australia and when it hasn’t been it has nearly collapsed. That’s the reality of it. It was the ALP that gradually took away the subsidies and then had to rush to reinstall them to boost private health membership again. So instead of focusing on the rebate what we need to do is look at the structure of our health system and tackle some of the underlying problems. We need to be thinking about what the role of private health insurance should be in the context of Medicare. The subsidy is a symptom of the problem and we need to tackle the problem.

The health needs of the community have changed since Medicare was introduced. What changes are needed for the system to adapt?

The funding under the fee-for-service is an obvious one because people need ongoing care during their lifetime, whereas when Medicare was designed it was for one-off sporadic visits to a healthcare provider. The way we fund Medicare makes it very difficult for health care providers to deliver coordinated care. In the United States they haven’t moved completely away from fee-for-service but there is more openness now to considering alternative payment models like bundled payments where, for example, a provider gets a certain amount of money to look after a diabetes patient for a year. We need to be more creative with the way we fund health care in Australia.

How would that impact on nurses?

I think a different funding model with bundled payments would be more flexible and would allow nurses to take a prominent role in primary health care. If there was a different payment system there would be an incentive for doctors to have more nurses to treat patients where it was appropriate. It would create more opportunities for nurses to be involved in primary care. It makes economic sense because it is more efficient and it would make use of our health workforce more effectively as well.