We will not let the Abbott Government silence your voice 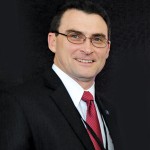 A royal commission into unions is a blatant attempt to discredit the union movement and undermine our capacity to improve the lives of working people. But by sticking together and doing what we’ve always done well, we can still win a better life for nurses, midwives and other working people.

It is only six months since the federal election took place but it seems that, as a union, we are operating in a totally different world.

Wins that were hard fought have been rolled back or put under threat and unions are operating in an environment of intimidation.

One of the first acts of the Abbott Government on gaining office was to roll back the Aged Care Supplement. The supplement was a fantastic achievement by aged care workers, extracted from the previous Labor government. It guaranteed that government funding for aged care would be translated into fair wage increases for some of the lowest paid workers in the country.

There are other longer established social gains achieved through the sacrifice of trade union members, over a long period of time, that are now under threat.

One of the most historic and proud achievements of Australian trade unionism – our universal health care system, Medicare – faces daunting challenges as the Abbott Government flags changes that would undermine its foundations of equity and access.

It is easy to forget that the important and iconic institution that is Medicare was not always there, and that its existence is owed to the commitment and resolute activism of millions of trade union members. In this month’s Lamp (pages 25-29) we revisit that history and look at the pivotal role of unions in the birth and survival of Medicare, in the face of fierce resistance from the medical profession and the Liberal Party.

ACTU Assistant Secretary Tim Lyons describes the royal commission into unions, announced by the federal government, as “a trial about the legitimacy of trade unionism”.

He recently told the ACTU Organising Conference that “allegations of corruption and other misbehaviour can be as damaging to reputations as the reality. The royal commission will unfold at the same time as a long Productivity Commission inquiry which amounts to a trial regarding the nature and scope of the industrial relations system. The aim is to present the ‘end’ of unions as a good thing and reduced rights at work as an economic necessity (and both as inevitable).”

That’s the Abbott Government agenda. The federal government is essentially saying that your living standards need to fall. For nurses and midwives the clear attack on penalty rates could bring that home in a very real way. No one should think that workers in retail and hospitality are the only workers in the sight of government and business.

We will not submit meekly to this agenda. Our collective strength gives us the capacity to defend our achievements and forge new ones.

A unionised workplace with a collective agreement remains a powerful force for good. It has changed millions of workers lives for the better and it still can.

We will make that work everywhere we can. We will not be ignored.