We’re not going away 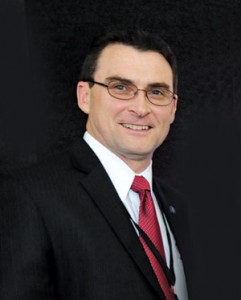 The O’Farrell Government wants nurses and midwives to just go away, but it isn’t going to happen: we’re in for the long haul.

First of all — congratulations! Our statewide strike on 24 July was a great success and the O’Farrell Government should now be under no illusions about our resolve to fight for a better public health system in New South Wales.

Momentum had been building throughout a year in which we rallied, we wore red, and we took our fight right to the doors of Parliament in Macquarie Street.

We all know that it was strike action nearly three years ago that led the previous government to commence negotiations with us, which eventually provided for 1580 new positions that are protected in the Award.

This time we have a different government with a growing track record of contempt for the public sector. We cannot assume that nursing and midwifery jobs are safe. The government proudly talks about 4000 new nurses in the system (2745 FTE) which includes the 1580 FTE created by ratios/nursing hours.

So let’s be clear about this. There are 1120 (FTE) new positions that could be removed at the whim of government because, as far as we can tell, they are not protected by the Award ratios/nursing hours staffing clause. Just look at what is happening in Queensland right now where experienced nurses are being “dismissed” to make way for new graduates, on lower pay and less hours, to save the Liberal-National Party government money.

Think about those numbers: 150 experienced nurses and clinical specialists will be dismissed to be replaced by 130 first year registered nurses on temporary contracts in the Metro North Hospital and Health Services of Queensland. That is the behavior of a sick and cynical government with unfettered power.

We have to show our state government we won’t stand for that sort of behaviour here in New South Wales.

It will take a community, workplace and political campaign

So far the O’Farrell Government hasn’t given an inch in our campaign to improve and extend ratios. So, we are going to have to fight harder to achieve a win. The July 24 strike was just the beginning of our show of strength. We will have to fight with everything we’ve got and be ready for the long haul. We have to dig deep and be even more resolute.

Because, in the long haul, we will need to make the government change it’s draconian workplace laws to allow genuine bargaining between the employer and public sector unions.

We are at the beginning of a long, community, workplace and political campaign. We have to turn up the heat on government members of parliament until they can’t take it anymore and tell their Cabinet colleagues to act in the best interests of their constituents, or face the consequences.

And if they don’t? Well in the lead up to the 2015 state election we have to be out there talking to our communities, even door knocking in our electorates if we have to.

No more “make do”

We have to do whatever it takes for as long as it takes to put health and ratios on the agenda of the voting public’s mind, and to make sure that, whichever government is in power, they commit to ratios and patient safety.

The ALP opposition is now saying they support us. We welcome that but we need to see that commitment in a policy leading up to the next state election.

The O’Farrell Government wants you to “make do” with what you’ve got. We know we have to make do when there are no other options but we don’t want to make do any longer. We want safe nurse-to-patient ratios for our patients – all our patients, in every hospital. We want sustainable face-to-face hours for our community nurses and patients. We’re in for the long haul.