When baby breaks the bank 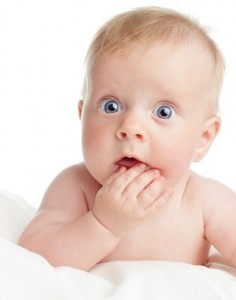 According to analysis done by Truven Health Analytics for the New York Times “childbirth in the United States is uniquely expensive … with the cumulative costs of approximately four million annual births well over $500 billion”.

The study found that from 2004 to 2010 the price insurers paid for childbirth rose 49% for vaginal births and 41% for caesarean sections. Out-of-pocket costs rose four fold.

The average priced charged for pregnancy and newborn care was about $30,000 for a vaginal delivery and $50,000 for a caesarian.

Women with insurance pay out-of-pocket an average of $3400 according to another survey by Childbirth Connection, a US not-for-profit organisation.

These costs are staggering when compared with similar developed nations. A normal vaginal delivery costs $4000 or less in Switzerland, France and the Netherlands due to regulation and price setting. In these countries mothers pay little of that cost.

The NY Times pointed out that even though costs are much less in these countries “new mothers in France and elsewhere often remain in the hospital for nearly a week to heal and to learn how to breastfeed, while American women tend to be discharged a day or two after birth, since insurers do not pay costs for anything that is not considered medically necessary.”

Despite this massive expenditure, the United States has one of the highest rates of both infant and maternal mortality among advanced economies.

Research published in 2000 in the Journal of the American Medical Association, comparing health outcomes in 13 developed nations, ranked the United States:

A key reason for the astronomical costs in the US is the predominance of obstetricians over midwives. Costs in other developed countries are lower because of the extensive use of midwives who perform the bulk of prenatal examinations and simple deliveries. Obstetricians are there when there is risk or need.

In Britain, 68% of births are attended by a midwife and in the Netherlands 45%, compared with 8% in the United States.

The “medicalised” deliveries by obstetricians, with their plethora of IVs, anaesthesia and expensive ultrasounds, make American births the most expensive in the world.

Pregnancy is billed item by item with separate fees for the delivery room, the birthing tub and each night in a hospital room.

“It’s amazing how much patients buy into our tendency to do a lot of tests. We’ve met the problem and it is us,” said Professor Eugene Declercq from Boston University.

“We’ve created more incentives that encourage more expensive care, rather than care that is good for the mother,” said Maureen Corry, executive director of Childbirth Connection.