The long struggle to improve patient care in the New South Wales public health system continued through 2013, in the face of a state government committed to rolling back the public sector.

Nurses and midwives throughout the state engaged in workplace activities, visited their local MPs, and participated in a statewide strike as we pressed for extended and improved ratios that would deliver much-needed improvements to the public health system. These actions were backed by a high profile advertising campaign by the NSWNMA.

Our successful campaign for ratios has been much admired globally and the baton has been taken up in a number of other countries. 2013 saw the birth of a new international grouping of nurses and midwives – Global Nurses United – which coordinated a very  successful joint day of action in September.

Privatisation of public health services has also emerged as a major issue in NSW in the wake of a similar and more advanced agenda in Queensland.

The fight for better ratios and a challenge to further privatisation will continue to be major campaigns in the coming year. 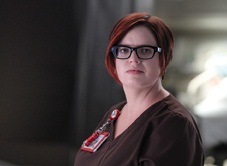 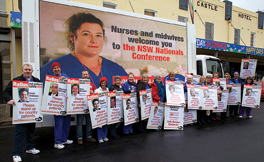