An aged care crisis that shames us

The NSWNMA will throw all its weight behind the national campaign to improve staffing ratios in aged care.

Over the last 13 years, chronic understaffing has seen a 400 per cent increase in preventable deaths of elderly Australians in aged care with hundreds dying from falls, choking and suicide.

There has been a plethora of reports and studies that, together, paint a grim picture of an escalating crisis in aged care.

What all of these reports have in common is an analysis that says this crisis is underpinned by a substantive lack of nursing staff.

A report by the Australian Law Reform Commission found that a lack of minimum staffing regulations and appropriate skill mix had resulted in the abuse of nursing home residents.

In NSW, a survey of over 700 NSWNMA members working in aged care revealed that poor staffing ratios and skills mix impacted on nurses’ ability to follow safe medication practices.

An alarming 83 per cent of nurses said they had witnessed a medication error.

For all of us who care about the welfare of elderly Australians, alarmed is how we should feel. Yet governments, for far too long, have ignored the crisis in our aged care system and its steady deterioration.

Taxpayers’ money should go to staffing not profits

While nurses and aged care staff struggle because there is simply not enough of them, last year owners of aged care facilities racked up hundreds of millions of dollars in profits while, at the same time, cutting staff.

Over 70 per cent of the billions of dollars in revenue received by these aged care operators come from government subsidies.

Despite this massive transfer of taxpayers’ money into the hands of private operators governments have not been vigilant enough in making these companies accountable for how that money is deployed.

The ANMF and the NSWNMA believe that from both a public policy perspective and from a moral position that money should be used for more staff and better care, not to increase profits.

Let us be clear. Our campaign is about insisting that public resources are spent to meet the urgent need for more nursing and care staff.

Currently residents are receiving around two hours 50 minutes of care per day from nurses and carers, which is nowhere near enough time to shower, toilet, medicate, dress, feed, roll over, move, let alone talk
to an aged care resident.

The evidence shows that residents should be receiving a minimum of four hours 18 minutes per day – one and a half more hours than they are getting now.

Currently the Aged Care Act of 1997 only stipulates that numbers of care staff should be adequate to meet the assessed care needs. The Act does not define what is “adequate”.

Now is the time for action

The ANMF has initiated a media campaign starting with TV ads and billboards targeted at politicians in Canberra (see p8).

It has set up a website “More Staff for Aged Care” where you can register your support for the campaign. Within days of the site going live thousands had done so. I would urge you to add your support.

On page 13 of this Lamp there are some ideas about how you can help and how to join the campaign.

In particular I would urge you to commit to supporting actions on 12 May – International Nurses Day – which will be a national day in support of aged care.

We will soon contact you with more information about how you can participate along with your colleagues. 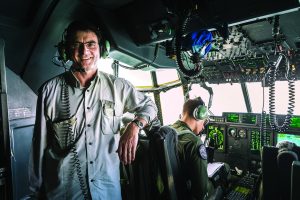