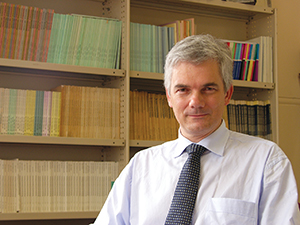 Professor John Buchanan, Director of the Workplace Research Centre at the University of Sydney Business School, says the focus of the NSWNMA 2013 claim “makes perfect sense”.

Professor Buchanan is the joint author of Safety in Numbers: Nurse-Patient Ratios and the Future of Health Care (Cornell University Press, 2008) and part of the team that assisted the NSWNMA with research design and analysis in the formulation of the original ratios claim in 2010.

“Since the late 1990s Australian nurses have led the world in devising new ways of responding to rising work overloads and the problems this causes for patient safety and the quality of working life.

“Times change and the standards concerning working conditions and patient safety must move with them to keep touch with reality. There is also a need to extend the ratios to areas previously uncovered by them. The Association has used the same methods we helped devise three years ago to identify how to improve and extend nurse-patient ratios in New South Wales today.

“The New South Wales government has passed special laws to limit public sector pay rises to 2.5% per annum. This limits the Association’s ability to achieve wage rises beyond this amount because it is not prepared to compromise established working conditions.

“Given this situation, the focus of the 2013 claim on improving nurse-patient ratios makes perfect sense. It will not be easily achieved – but serious improvements in patient care and working conditions never are. Campaigns for nurse-patient ratios in Victoria and California have, however, been successful and had a huge impact in limiting the damage done by ever-increasing workloads,” Professor Buchanan said.

“As a nurse working in a New South Wales public health facility you are closer to the realities of nursing work than I am. But from where I sit, if the claim resonates with you as reasonable that is because it is based on extensive evidence and consultation with nurses like yourself, and it deserves your strong and active support.”