The NSWNMA branch at the publicly-funded, privately-operated St Vincent’s Hospital in Darlinghurst plans to raise concerns about the impact on patient care with local members of parliament.

The hospital is funded by the state government but is operated by St Vincent’s Health Australia group, which describes itself as Australia’s largest not-for-profit health and aged care provider.

St Vincent’s Health Australia has reportedly told the hospital to find $18 million in savings to overcome a budget blowout – despite being allocated more than $362 million in government funding in the 2016–2017 financial year, under its service agreement with NSW Health.

Management blamed the budget blowout on several factors, including “activity-based changes to heart/lung funding arrangements, the rising cost of major goods and services like electricity, and tightening of the revenue from privately insured patients,” The Sydney Morning Herald reported.

The Herald also reported that at least two executives at St Vincent’s “were rewarded with $25,000 bonuses for making budget at the end of the 2016–17 year, despite the hospital being over budget less than one month later”.

“The bonuses have become a source of resentment among some staff members, who told Fairfax Media they were pushed to make unrealistic cuts to services that were back in the red in August.”

Assistant General Secretary of the NSWNMA, Judith Kiejda, said that whenever any private or so-called “not for profit” involvement in health care failed, the burden would inevitably fall on staff and the community.

At St Vincent’s, staff were forced to take leave and nurses were redeployed into areas where they had little or no expertise.

Redeployed nurses did not receive adequate orientation and support, partly because educators and NUMs were on leave over the December/January period.

In February The Lamp reported that the hospital’s acute drug and alcohol unit, Gorman House, had its bed numbers cut from 20 to 12 in November, with nurses redeployed to other wards.

This forced nurses to delay elective admissions – including from people wanting urgently to detox.

“There have been multiple days when we’ve had to call people who are in a really bad way and need to come in to detox, and tell them we have had to postpone their treatment, even though there are beds sitting there empty,” NSWNMA branch member and registered nurse Leana Payne said.

When the hospital announced an extended “low activity period” in December the NSWNMA General Secretary, Brett Holmes, called on the NSW Health Minister to “step in and ensure the community is provided access to the public health services it deserves.”

He warned that the hospital’s budget problems would impact surrounding hospitals that would be forced to cope with patients unable to be seen at St Vincent’s. 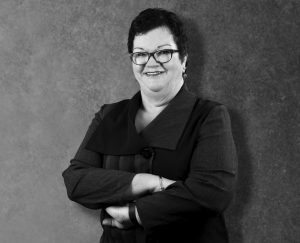