Frustrated by an inability to order recycling bins for their emergency department, two nurses at Melbourne’s Alfred Hospital decided to take action.

“We linked up with other departments and discovered pockets of green activity with ideas that could be shared,” Patricia Schwerdtle RN told a NSWNMA workshop on sustainable health care in April.

Patricia is a lecturer in the School of Nursing and Midwifery at Monash University. She has worked in intensive care units and emergency departments in Australia and in primary health care overseas.

She said the two nurses discovered the Alfred’s intensive care unit had achieved an impressive amount of waste reduction. But because it had not been measured, the achievements could not be replicated.

She said there was no lack of awareness among staff of the need for the hospital to be environmentally sustainable.

“Due to a lack of soft plastic recycling programs we had clinicians taking home newspapers, milk bottles and even clean used IV bags from dialysis.

“At home people were recycling up to 60 per cent of their waste and they went to work and recycled 20 per cent. It didn’t make sense.”

The two nurses used simple signage to lobby for the elimination of foam cups.

That led to the formation of the Green Alfred Group by employees concerned about climate change and committed to reducing the carbon footprint of Alfred Health, comprising the Alfred, Caulfield and Sandringham hospitals.

She describes the group as “a grassroots, bottom-up change initiative.”

“We set up a Twitter page and made a recruitment video for You Tube. Within eight months we had 150 people on our Facebook page.

“Clinicians are aware of the link between climate change and human health and that is something that motivates them.

“The motivation is there but it is hidden. We don’t necessarily have to inspire it, we have to harness it.”

“Middle management saw us as insolent and ignoring the chain of command and tried to hold us back.

“We were enacting change despite policy and procedure rather than because of it.”

Green Alfred Group’s achievements include the elimination of staff use of foam cups, increased recycling and the creation of seven

Other successful initiatives include sustainability orientation for new staff and ‘Waste Week’.

“Goals should be specific, measurable, achievable, realistic, with a time target for completion,” Patricia said.

The group’s presentation to Alfred Health executive committee caused it to switch its environmental sustainability meetings from once a year to monthly and a group representative now sits on the committee.

“The group aims to influence hospital procurement by asking equipment nurses to look at the life cycles of products they trial and consider their sustainability and reusability,” she said.

“All of these activities build a culture that is environmentally conscious.”

The group published an open letter to the Alfred Health executive arguing for the adoption of an environmental policy.

“Having such a policy is actually a funding requirement and our open letter said we need to see an environmental management policy on the Internet.”

Patricia is working to integrate environmental sustainability into the undergraduate nursing curriculum at Monash University.

The university currently teaches the link between planet health and human health, the effects of climate change on human health and the health benefits of carbon reduction. 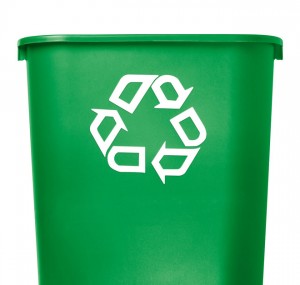 She points out that nurses are the largest occupational group in health care.

“There are a quarter of a million nurses and midwives in Australia – three times the number of doctors.

“Nurses are trialling, using and disposing of products, using procedures that require energy and water and identifying environmental hazards – and we also create the most waste.

“Nurses are also well represented in all levels of governance which gives us the ability to speak out and advocate for environmental sustainability.

“Hospitals are little cities and their environmental footprint is huge.

“There is a whole lot of evidence on the link between climate change and human health.

“We need to leave the doubters behind and focus our energy on action. The time to act is now.”