A study published in the Medical Journal of Australia (MJA) indicates that alcohol restrictions in inner Sydney have effectively reduced the number of violent alcohol-related injuries.

The emergency room at Sydney’s St Vincent’s Hospital has seen a 10 per cent reduction in the incidence of fractures which are often caused by a punch to the face, over the two years since the so-called “lockout laws” were introduced, reported online news site The Conversation.

The MJA study looked at the rates of alcohol-related orbital (eye socket) fractures before and after the changes to alcohol access. There were 27 fewer fractures that required surgical management during the period of the laws.

Some orbital fractures can be considered minor injuries. But in 2016, some of the study’s authors found a 25 per cent reduction in major alcohol-related injuries in the 12 months after the laws were introduced.

An international study on alcohol-related presentations to EDs, which include intoxication and other emergencies besides injuries, found almost one in 10 of all attendances were alcohol-related.

A survey of more than 2000 ED staff in 2014 found nine out of ten had experienced violence from a drunk person in the emergency department. 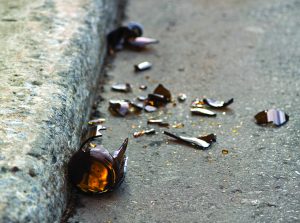