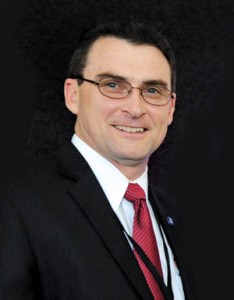 Victorian nurses are embroiled in a tough dispute, pitted against a well-organised and determined Liberal government, over ratios and pay. This may be an important cautionary tale for nurses in New South Wales.

As The Lamp went to print talks between Victorian nurses and the Baillieu Government were about to recommence, following a brief lull over Christmas and after several bruising months at the end of 2011.

Some interesting observations can be made about the process so far, with possible lessons to be learnt from the experience of our Victorian colleagues in dealing with their new state government.

Ratios were implemented in Victoria 12 years ago after a catastrophic period for the Victorian health system under the previous Liberal government, led by Jeff Kennett.

Kennett slashed 2000 nursing positions from the public health system. On his watch, 16% of the health workforce lost their jobs. He cut permanent employment in the public sector and the health system became dependent on agency nurses.

It was out of this mess that the impetus for ratios came.

Victorian nurses have always had to defend ratios

Ratios became a reality when the newly elected Bracks Government agreed to fund the new positions that were required to fill them.

It was never a certainty that ratios would remain in subsequent enterprise bargaining campaigns run in 2004 and 2007, however. Victorian nurses had to fight each time – with a Labor government – to retain and extend what they had won.

Ted Baillieu promised to maintain ratios before the last Victorian state election. In hindsight, that looks like the first duplicitous act towards his state’s nurses. More were to come.

A Cabinet-in-Confidence paper, leaked to The Age in November, revealed a very sophisticated and well-planned strategy to roll back ratios and limit wage increases.

This strategy, which involved provoking nurses into industrial action, was being implemented as the Department of Health was theatrically and dishonestly denying that it was stonewalling negotiations.

Despite the 12-year hiatus, there seems to be continuity between the actions of the Baillieu Government and the government of his Liberal predecessor Jeff Kennett.

A lesson that is obvious from theVictorian dispute is that the Fair Work Act has weaknesses that need to be addressed by the Gillard Government.

The Fair Work Act has many admirable features. It rolled back the nasty excesses of Work Choices and introduced important protections for individual workers.

But during large scale, intractable disputes such as at Cochlear, more recently at Qantas and now with the Victorian nurses, a loophole has become apparent, large enough for unscrupulous employers to drive a bus through.

While there is a requirement for employers to begin and conduct enterprise bargaining, there is no legal imperative for them to conclude an agreement.

For workers involved in health there is also a section of the act that allows for protected industrial action to be suspended or terminated if it ‘endangers the life, personal safety or health or the welfare of the population or a part of it’.

The Victorian nurses’ dispute shows how this part of the Fair Work Act can be manipulated and abused by employers.

Let’s be on guard

We will not jump to the conclusion that the NSW government will follow the Victorian strategy, yet prudence suggests that we need to be vigilant.

After the last NSW state election, the O’Farrell Government agreed to abide by the Memorandum of Understanding negotiated between the NSWNA and the previous Labor government.

We welcomed that announcement and acknowledge that, so far, they have stood by their word.

It is now less than 18 months till the current agreement expires. Our hope is that the O’Farrell Government recognises the enormous benefits ratios bring to our health system and to the people who count – the citizens of NSW.

If anything, ratios should be extended into other areas where they are needed and a good government will plan to do so.