Honoured for their dedication to nursing

It has been a big year for NSWNMA councillor Lucille McKenna.

After becoming Ashfield’s first female mayor and celebrating 50 years as an RN, Lucille was honoured with an Order of Australia for services to nursing in New South Wales and to local government.

Forty-five of Lucille’s 50 years as an RN have been spent working in the aged care sector. She was DoN at the Palm Grove Nursing Home from 1997 to 2007 and has been DoN at St Mary’s Villa Nursing Home since 2007.

She has been a staunch supporter and tireless worker for the New South Wales Nurses and Midwives’ Association for 30 years, holding a variety of roles including branch secretary and executive council member. She has been on the NSWNMA Council since 2003. She was also the President of the Quality Aged Care Action Group between 2007-11.

Lucille has been a councillor on the Ashfield Municipal Council since 2004. She has been the Chairperson its women’s committee and of the Seniors Action Group.

Her contribution to local government has been prodigious. She has been a member of the council committee for planning and environment and for works and services.

She has been on the Pratten Park Advisory Committee and the Civic Centre Redevelopment Steering Committee. 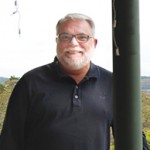 Bob Weaver was awarded an Order of Australia in the Australia Day honours list, for his outstanding service to the community, especially in mental health and disability.

“I think I stayed in it because I got my own discrimination about being a gay man. I got that people with a disability and their families were also discriminated against.

“It gave me an understanding about the road they had walked and the times they had lived through.”

Bob’s contribution to nursing has been varied and significant. He helped set up a research fund at the Australian College of Mental Health Nurses.

He worked on a curriculum to educate nurses about working with people with disabilities, which led to the birth of the Professional Association for Nurses in Developmental Disability Australia. Bob has served as that Association’s president, vice president, executive member and conference convener for 24 years.

He was one of the founding members of the Guardianship Tribunal, which determines who is best placed to look after the interests of those with an intellectual disability.

Bob is also prominent in his local community. He was a founding member of the Blackheath Area Neighbourhood Centre, and has been chairman of the Food and Wine Fair Committee, treasurer of the Rhododendron Festival Committee and president of the Chamber of Commerce.