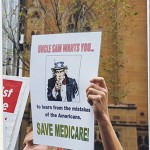 The road to Medicare was long and rocky due to relentless resistance by the medical profession and the Liberal Party.

The battle over Medicare was a conflict between individual or collective responsibility for healthcare and reflected deep divisions in Australian politics.

The medical profession fought a vicious and personal war with the Labor government of Gough Whitlam and his health minister Bill Hayden over Medibank. Its opposition was clearly ideological

In 1973, when Medibank was on the point of been implemented, the Australian Medical Association (AMA) voiced total opposition to the scheme claiming it was “a cleverly devised plan for the ultimate nationalisation of all medical and hospital services and a first major step to achieve socialisation of the Australian community in accordance with the socialist objectives of the ALP.”

Such bizarre logic was shared by the General Practitioners’ Society of Australia (GPSA) which claimed “the control of our country has fallen into the hands of socialists … the fight that GPs in Australia are spearheading is basically a fight for freedom – not just freedom for doctors – but freedom for you, your children and for all people in the country.”

The GPSA also distributed controversial posters featuring Bill Hayden dressed in a Nazi uniform standing in front of a picture of Whitlam, with the inscription ”Heil wHITLAm”.

This extreme position alienated many progressive doctors who, through the Doctors Reform Society, advocated strongly for Medibank and criticised the AMA and the GPSA for their highly political, self-interested and money-grabbing position.

Although doctors gained a temporary victory when Medibank was dismantled under the Liberal government of Malcolm Fraser, their self-interested campaign, weakened by divisions within the profession, led to them being a much diminished opposition group when the Hawke Labor government reintroduced universal healthcare under the new name of Medicare in 1983.

The rise and fall of Medibank and the divisions it engendered changed medical politics in Australia.

In a survey of its own members in 1980, respondents said “the AMA had a conservative outlook and was self interested and ineffective.” Many doctors complained that the AMA put too much emphasis on protecting its members and not enough on demonstrating its concern for public health and community welfare.

Ironically, when Medicare was finally opened for business in 1984, the benefits for many doctors were obvious. Bulk billing had a major impact on GPs and many swallowed their other objections as Medibank guaranteed their incomes. For doctors working in poorer areas, bulk billing ending the problem of bad debts because it meant they were always paid for their services.

Upon his election in 1975, Prime Minister Malcolm Fraser said: “We will not dismantle Medibank”. Yet over the next seven years the Fraser Government would tinker ceaselessly with Medibank, introducing Medibank II in 1976, Medibank III in 1978 and Medibank IV in 1979, before finally abolishing Medibank in 1989 and returning to private health insurance with public subsidies.

In 1987, John Howard was in his first incarnation as Liberal leader. Howard saw Medicare as a wasteful program that would be cut to make way for tax cuts.

“Australia’s healthcare system is in a shambles. The real villain is Labor’s doctrinaire commitment to a universal government health insurance system, Medicare. Our policy will confront these questions, reduce the role of government in the provision of health insurance and restore effective choice,” stated Howard’s election manifesto for 1987, Future Directions. Howard lost the 1987 election.

In the 1990 election the Liberals, now led by Andrew Peacock, were low key in their health announcements, but a year before the shadow health minister Peter Shack said Medicare would move towards a means-tested safety net. All those above a certain income would be obliged to take out private health insurance or face a tax penalty.

In the 1993 election Liberal leader John Hewson’s election manifesto Fightback promised an end to Medicare and a return to means tested subsidies to private health insurance. Bulk billing was to be abolished and restraints on medical incomes would be removed as “a blatant rewarding of political support.”

This attack on Medicare was vigorously supported by the Private Hospitals Association, which ran a direct mail campaign in 10 marginal seats, and by the AMA, which called for an anti-Labour vote and launched a campaign in 23 marginal seats.

Liberal defeat in these elections led to much soul searching by the party and finally, in 1996, public attachment to universal health led to bipartisan support for Medicare.

Leading up to the 1996 election John Howard, back as Liberal leader, said: “Australians want Medicare kept and the Coalition is fully committed to that”.

Consensus on Medicare had finally arrived. 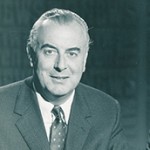 “In a society as wealthy as ours there should not be people putting off treatment because they cannot afford the bills. Basic healthcare should be the right of every Australian.” — Gough Whitlam 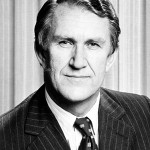 “We will not dismantle Medibank.” —
Malcolm Fraser, November 1975. Over the next seven years his government dismantled it.

Labor takes a national health insurance scheme to the federal electorate but loses the election.

Medibank (the precursor of Medicare) begins.