Medicare and public health are sustainable and cost efficient 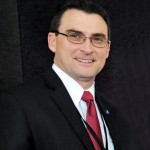 It has been amazing to watch the Abbott government hoist itself on its own petard since announcing a GP co-payment in last year’s budget.

Before the election Tony Abbott promised to lead “a problem-solving government based on values, not ideology”.

The health changes mooted in the budget – the GP co-payment, cuts to preventative health funding and cuts to state health budgets – defied logic and flew in the face of a wealth of empirical evidence. They were unabashedly ideological in nature.

Health economists and health practitioners alike will tell you that primary care and an emphasis on wellness will give health budgets significant value for money by reducing expensive hospitalisations.

A new report by medical researchers who have tracked GP activity for 16 years highlights the value for money and effectiveness of primary care.

Only 30 per cent of Medicare funds go to general practice, yet that part of our primary care system sees more than 80 per cent of patients.

A tax that deters people from visiting their GP is the worst price signal imaginable and hurts the health budget in the long run. Yet the federal government has locked itself into an absurd defence of this very poor health policy, driven by its unshakeable belief in specious ideological arguments about the “unsustainability” of Medicare.

The government’s mantra about the “unsustainability” of Medicare is bunkum. The OECD has consistently found that Australian expenditure on public health is below average – and yet our system delivers world-class outcomes.

The government’s own agency, the Australian Institute of Health and Welfare, has found that health expenditure is growing at its lowest level in 30 years.

There are also strong economic and clinical arguments for employing more nurses. Last year we were privileged to have Professor Linda Aiken visit Australia from the United States. Linda is a respected academic and author of world-renowned surveys on nursing.

She argues strongly that it is costing hospitals not to have more nurses (see page 16). She says the US health system is incurring higher costs from preventable re-admissions, more long-term institutional care for the frail elderly and expensive nurse turnover.

Research shows that in the United States “adverse occurrences” among hospital patients is associated with 251,000 deaths, 22.6 million additional hospital days and $41.8 billion in medical care costs. In the US, the annual saving per additional nurse added to improve staffing was $60,000, or 72 per cent of a nurse’s salary. There were also additional savings through lower nurse turnover.

The public debate in Australia about health spending is being skewed by the Abbott government’s ideological commitment to private enterprise, even when the evidence unequivocally shows the efficiency of our public system.

The NSWNMA will continue to participate in this debate and to defend a public health system that we believe is a national treasure.