PM’s Christmas gift to the banks

Prime Minister Malcolm Turnbull and Australia’s four big banks changed their minds about the need for a royal commission into the banks at the end of 2017.

After two years of ruling it out, Turnbull back-flipped and ordered a royal commission. And after two years of strongly denying the need for one, the banks welcomed the PM’s announcement. Why?

Turnbull’s hand was forced by rebel National Party MPs who joined moves by Labor, the Greens and others to set up a royal commission through parliament.

Turnbull moved first in order to prevent this group from writing the commission’s terms of reference.

Turnbull and his treasurer, Scott Morrison, put together the terms of reference after consulting the banks, but not the banks’ “many victims of bad advice, bad investments, customer rip-offs and facilitating money laundering” as ACTU president Ged Kearney put it.

The Australian Financial Review (AFR) reported the banks’ reaction: “Although the banks had vehemently resisted calls for a royal commission … a feeling of relief washed over the sector as senior bankers welcomed the government taking control of the inquiry.”

The reason for this relief soon became clear: the government wants to use the royal commission as part of its agenda to help the banks get more control over workers’ retirement savings.

The royal commission terms of reference require it to investigate not-for-profit industry superannuation funds, which are run by boards made up of employer, union and independent representatives.

“Industry super is hugely successful. That’s why the government has legislation before the parliament to give big banks access to workers’ retirement savings.

Another attack on unions

Industry superannuation funds agreed the government was using the royal commission to extend its ideological war on the sector.

The Australian Institute of Superannuation Trustees (AIST) said banks had “abused their social licence and betrayed community trust … resulting in a deluge of complaints from their own customers”.

But AIST chief executive Eva Scheerlinck rejected the need for the inquiry to be extended to super, suggesting it was part of an agenda to weaken the unions.

“We think this is ideological. It is an extension of the royal commission into the unions, where the government probably didn’t get the results it wanted. It is another attempt at getting at the unions through the super model,” Ms Scheerlinck said.

“Australia’s super system is world class, and there is no evidence of gouging, fraud or unethical behaviour to warrant a royal commission into the industry.”

Former Victorian premier and chairman of the Cbus industry super fund Steve Bracks accused the government of embarking on an ideological battle to reduce the influence of unions in Australia’s retirement savings industry.

“Clearly, there is an ideological agenda there … to break the model so they can get at the equal representation and trade union involvement in superannuation funds,” he said.

David Elia, chief executive of the hospitality workers super fund Hostplus, said the commission should look at the structure and relative performances of Super schemes run by the not-for-profit industry funds, for-profit retail funds controlled by the banks, and public sector retirement schemes.

“Of the 50 largest superannuation funds, not-for-profit industry funds have on average outperformed the for-profit sector by 1.5 to 2 per cent a year,” he said. 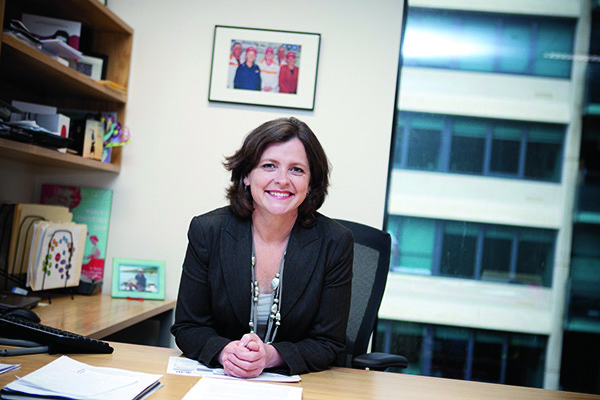