Both major political parties promised more nurses for our public health system in their state election campaigns — which we welcome — but we need a bipartisan position on ratios to ensure patient safety. 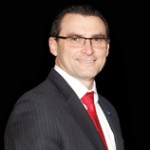 Four years ago a chronic shortage of nurses and midwives was putting a massive strain on our public health system and was the catalyst for our first ratios campaign.

Not only was the situation dire but the forecasts for increased stress on the system from population growth and the demands of an ageing population were ominous.

It should be a source of great pride to NSW nurses and midwives that our strong campaigning for ratios has led to both major parties committing more resources to nurse and midwifery numbers.

Despite this progress there remains a lot for us to fight for.

Any effort to boost overall nurse numbers in our state’s public health system must be matched with a commitment to improve nurse-to-patient ratios using the ‘nursing hours per patient day’ model and mandated statewide through the introduction of legislation.

There is also a strong need to extend ratios into new wards and to improve them in country hospitals and community care.

In this election campaign (just finishing as The Lamp went to print) Labor has moved even more, committing to enshrine nurse-to-patient ratios in law so future governments and health department officials will have to ensure numbers are protected and not traded away.

Labor also promised to implement ratios of 1:3 in our EDs by recruiting an extra 735 nurses across the state. A similar commitment was made to our paediatric wards.

The Liberal-National government elected in 2011 honoured the agreement that Labor and the NSWNMA signed up to before the election that saw ratios implemented into the medical, surgical, rehabilitation, palliative care and acute adult inpatient wards of metropolitan and large regional hospitals for the first time in NSW.

Since then, the Liberal-National government has refused to discuss any expansion of nurse-to-patient ratios even using their own language of nursing hours per patient day, let alone legislating the existing ratios/NHPPD to prevent them being removed by future governments.

It’s to be regretted that the Coalition doesn’t listen directly to the needs of their frontline nurses and midwives and seriously put patient safety first by expanding and improving mandated nursing hours.

The Association intends to continue our campaign to improve ratios in NSW. Our log of claims for the public health system in our 2015 pay and conditions campaign contains the same ratios claims that were in the 2014 campaign. There are also some new areas that we believe need and are deserving of ratios.

Ratios for us have always been and continue to be about patient safety. It is a worthy crusade which we will not abandon.