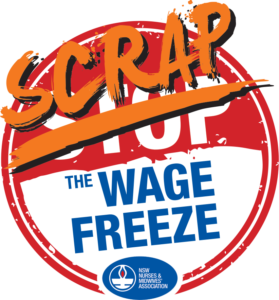 The Berejiklian Government has delivered a shocking blow to thousands of public hospital nurses and midwives across NSW, slashing your hard-earned wages for twelve months.

On the 1st of October, the NSW Industrial Relations Commission (IRC) awarded a 0.3% pay increase in the public sector wages case, rather than the annual 2.5% rise sought by your union alongside other public sector unions.