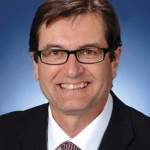 “Not content with whopping market domination in banking, the banks are determined to find ways to obtain similar dominance in superannuation.” – Greg Combet former ACTU Secretary and adviser to Industry Super Australia

Changes to super fund governance are not the only thing major banks have been gunning for, in order to tilt the super field in their favour.

They have also been advocating for the abolition of the default super safety net, set up by the Gillard government to safeguard the retirement incomes of Australian employees.

David Whitely argues that the evidence overwhelmingly endorses the success of the current super structures.

The default super safety net is overseen by the Fair Work Commission and is part of workplace awards. It provides important protection for the 80 per cent of Australians who don’t actively choose a super fund.

To become a default super fund a fund must first be approved by an expert panel at the Fair Work Commission. There are criteria, based around performance, that mean only the best super funds make the grade.

Banks want system tailored to them

The major banks have been lobbying to remove the superannuation safety net in favour of a system designed to suit their own business models.

Former ACTU secretary Greg Combet, now a principal adviser to Industry Super Australia, says banks will use their bargaining power with their business customers to pressure them to use the bank-owned super fund and transfer unsuspecting employees into it.

“On past performance, and without a quality filter, this could leave those employees significantly worse off with their super savings,” he said. “Not content with whopping market domination in banking, the banks are determined to find ways to obtain similar dominance in superannuation.

“Many would question whether such an outcome is in the interests of consumers, the economy and future taxpayers.”

Bank-owned super funds have, on average, been poor performers. Analysis of APRA data from 1996 to 2013 shows they delivered, on average, between 1.7 and 2.5 per cent less per year than other types of super funds. Long-term underperformance in investment returns can add up to tens of thousands of dollars less at retirement.

“Despite their history of poor average super returns during the past 17 years, the banks have more than a quarter of the entire superannuation market. With such poor average returns, how have they been able to do it? Mainly it’s because they have paid financial advisers to recommend their products,” Greg Combet said.

Commission-free industry super funds have consistently outperformed bank-owned super funds and other retail super funds, whether measured over one, three, five, seven or 10 year time periods, according to monthly data from SuperRatings.