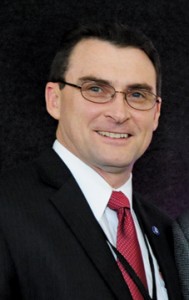 Victoria once led the way in safe staffing in our public hospitals. It was the first state in Australia, and one of the first in the world, to adopt nurse-to-patient ratios. It was an inspiration for our own ratios campaign in NSW.

Now it has been revealed that the Liberal government of Ted Baillieu, barely a year in office, has a mendacious plan to roll back these gains won by Victorian nurses over more than a decade.

The Victorian Government has chosen a path of deliberate and premeditated confrontation in its pay talks with nurses, with a plan to provoke industrial unrest, escalate a crisis and force Fair Work Australia to step in to end industrial action.

The strategy is strikingly similar to that adopted by Qantas management when it grounded its fleet during pay talks with its unions.

The Victorian Government strategy is revealed in a cabinet-in-confidence submission signed off by health minister David Davis in May, and leaked to the Sunday Age last month.

According to the Age: ‘The Baillieu Government has developed a secret plan to goad the state’s nurses into industrial action so it can force them into arbitration, cut nurse numbers and replace them at hospital bedsides with low-skilled “health assistants”.’

This is a shocking revelation.

The Baillieu Government plan has several components that should ring alarm bells for NSW nurses. The Victorian cabinet paper details a plan to:

The level of planning and deceit in the government’s strategy was reinforced by correspondence between the Australian Nursing Federation (ANF Victoria) and the Department of Health.

In September, the ANF accused the Victorian Department of Health of dragging out negotiations.

The department’s Director of Industrial Relations replied: ‘I note with disappointment and incredulity your statement … that the department … is not genuinely seeking negotiated outcomes.’

It is not hard to draw the conclusion, after reading the government’s strategy paper, that the negotiations have been a sham rather than conducted in good faith as required by law.

A cautionary tale for NSW

There are lessons here for us in NSW.

Firstly, we can’t take our wins for granted.

In 2013, when our Award for the public health system comes up for renegotiation, members will need to be engaged and prepared to put pressure on the government, if we are to win improvements and defend what we have already won.

The NSW Government has already legislated a cap on public sector pay rises at 2.5 per cent unless there are employee-related savings.

We need Victorian nurses to win this battle. If they lose the NSW Government will likely get advice from the NSW Treasury to follow the Victorian strategy.

Before last November’s state election, the Victorian Liberals pledged they would not change nurse-to-patient ratios. Now they are talking about ‘local flexibility’.

We have been given similar assurances but the Victorian experience gives us food for thought and reminds us of the necessity of being prepared and vigilant.