Two nurses from the not-for-profit aged care sector talk to The Lamp about the issues that are important for them and their colleagues in enterprise bargaining. 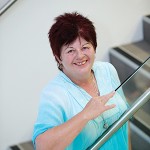 Christine believes that workloads and pay rises are the key issues for not-for-profit aged care nurses in the upcoming round of enterprise agreements.

She says achieving a good result in bargaining is very important now that the Abbott government has axed the Aged Care Supplement that would have guaranteed government funding for the sector was used for fair wage increases.

“We were very, very disappointed about the supplement. Now we are going to get nothing from that, we have to fight for everything again. Now we have to go back to the bargaining table to get anything through an agreement,” she said. “I’m very angry and disappointed with the federal government that we could be treated in that way. I told my colleagues, what you are going to get depends on who you vote for and that proved right. Tony Abbott got in to power and we got nothing.”

Christine says aged care nurses will have to fight to be paid what they are worth.

“They’ll try any way they can to avoid giving us wage increases. It’s shocking. Aged care nurses are the lowest paid in any nursing sector and the work we do is highly demanding.”

Christine says workloads and lack of time to deliver ideal care are also issues that need to be dealt with in aged care.

“You just haven’t got time for residents. They need us but there isn’t enough time.”

Christine is very concerned that the federal government has flagged the rolling back of penalty rates.

“Lose penalty rates and you will lose people. We don’t get paid enough even when we get penalty rates. People will come in on the weekend knowing that they’ll get penalty rates. In Broken Hill, where you are working in an isolated area, you can’t call on agencies when you are short staffed. We haven’t got a giant casual pool to draw on.

“If they take penalty rates away people are going to walk from aged care. They’ll go to the public hospital up the road or go work in a supermarket.” 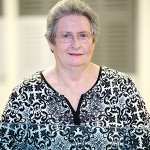 Glenys says aged care nurses will have to stick together to improve pay and conditions in their next enterprise bargaining agreement (EBA).

“We were pretty gutted by the loss of the aged care supplement. To think we were not valued enough to be given that. It was pretty demoralising to say the least. It now means we need a new EBA,” she says.

Glenys works night shift part time at her facility and has been innovative in getting information to her colleagues and collecting their feedback.

“I think there has to be good collaboration among the staff. There are staff members on most shifts who are able to disseminate the information quite well. I rely on that.”

“I put a box in the staff rooms for staff to put their questions in if they can’t come to the NSWNMA’s information sessions about the EBA. That way people can have some input and they don’t necessarily have to put their name on it. People thought that was non threatening.”

Glenys says there are a number of issues for the enterprise agreement that are important to her and her colleagues.

“We want a reasonable increase in wages each year. Our dream of course is to have parity with the Public Health System (PHS). We’ve got 30 high dependent residents so we’re not just babysitting elderly people.

“Something that I would like included in a new agreement is paid union leave, which we only need about four times a year anyway. I can’t afford to take a day off to go to an Association meeting. The PHS has it but we don’t have it yet.”

“I couldn’t afford to work in aged care without penalty rates. I wouldn’t work in aged care if penalty rates went. But it’s not so easy for our staff members with mortgages, particularly because there aren’t many other opportunities around here to work in a nursing environment. Working the hours others are not prepared to work, like afternoons, nights and weekends, should be compensated.

“There is a lot of discussion among staff members about workloads. Staff have complained about patient safety and staff safety being at risk. It can be pretty demanding at night with 30 residents but we’ve been told there is no more staff for nights, despite an increase of staff for other shifts due to the workload increase.”