Thirty years of “reform” and “modernisation” have entrenched income inequality

Three decades of changes to Australia’s wage-fixing systems, laws and rules have blocked workers from getting decent wage increases, according to Professor John Buchanan, the chair of business analytics at Sydney University.

“Within the political class there is low-level moral panic about low wages growth,”
he wrote.

“The irony is that those lamenting this situation are simply witnessing the ultimate outcomes of policies they have long advocated.”

Prof Buchanan says Australia’s wage-fixing system reduced income inequality in the 20th century but, after 30 years of “modernisation”, the industrial relations framework is now entrenching it.

Consequently, the enterprise bargaining system is on “life support” according to federal Labor leader, Bill Shorten.

He recently promised a Labor government would shake up workplace laws to boost wages.

Productivity had risen 20 per cent in the past decade while real wages had risen by just six per cent, he said.

“If we don’t push big companies to pay a fair day’s wage for a fair day’s work, if we don’t demand a better deal and greater security for working Australians, then it just won’t happen.”

A future Labor government would “restore Sunday penalty rates. We will crack down on the exploitation of labour hire, we will put the bargaining back into enterprise bargaining and lead a new national push to close the gender pay gap”.

The Opposition Leader was particularly critical of employers having the ability to terminate enterprise bargaining agreements that have passed their nominal expiry date.

Workers covered by terminated agreements are forced back on to usually-lower award pay and conditions.

The number of terminations by employers in 2017 was more than double the long-term average.

“We don’t think that should be allowed. I think existing agreements should stay in place until they’re renegotiated by mutual agreement,” Mr Shorten said.

She said workers’ wages growth could be revitalised if the bargaining power of workers and their unions could be strengthened. 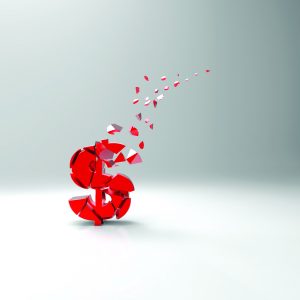