Who’s looking after your super?

The role of unions in industry super. 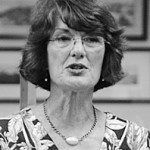 Geraldine Doogue The recent Financial Systems Inquiry recommended a series of changes to superannuation including the seemingly straightforward suggestion that a majority of directors on all super fund boards be independent.

Is it as straight forward as it sounds or is it a device – part of a campaign by parts of the financial establishment to dilute union influence in the superannuation sector, despite industry funds consistently outperforming the retail funds? What are the current obligations of superannuation trustees? 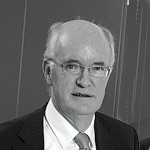 Gerard Noonan There is a simple obligation and that is we do everything to benefit members. It’s called the sole purpose test. On my board, and I’m sure on Brett’s as well, there are representatives who are nominated by unions and also by employer organisations within both of our industries but on all of them – and in my experience over the past two decades being involved in industry superannuation – all those [board] members, all of the time, act in the interests of their members. That is what they are obliged to do by law but in reality they do that.

Geraldine Doogue Are you paid?

Geraldine Doogue Is there any difference, in your experience, between the employer and the employee representatives on these boards? Can you feel it?

Gerard Noonan No you can’t. One of the interesting things that I have discovered, being involved in it, they are very skilled, surprisingly skilled. On our board we’ve got – I’ve just done a quick survey – we have three with bachelors of business or economics, we have a lawyer, we have a corporate treasurer who specialises in currency and bonds of course. We have got two business people who have quite a lot of experience. We have an MBA, we have an ex-editor of the Australian Financial Review, who happens to be me who actually is a historian by background. And we have the head of a major union. Now that brings a lot of skills to the table but those people act as fiduciaries [trustees]. They understand what it is all about. There is no division whatsoever.

Geraldine Doogue And how often do you meet?

Gerard Noonan We meet six times a year as a board. In fact, typically with committees we are meeting 14-16 times a year.

Geraldine Doogue So you earn your money! Brett Holmes, how have you managed the transition from being a union rep to suddenly being the custodian of billions of dollars. Is it billions of dollars by the way? How much is invested with HESTA? 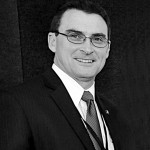 Geraldine Doogue $30 billion. Wowee! And how many members?

Geraldine Doogue How would you answer that? One would think looking on that that is a phenomenal transition to make.

Brett Holmes Yes. When I first went on the board 14 years ago I had to get up to speed fairly quickly around investment issues and obtain information on a regular basis. We were required to undertake at least 35 hours of professional development every year after we had done the initial training. That includes one, two or three superannuation conferences where you are subjected to the experts and the people who are guiding the whole investment industry. So you get that face-to-face experience, learning from those people that are actually doing the investments for you.

Geraldine Doogue Do you mind if I ask you this basic question? Could you read a balance sheet? It’s not a straightforward question. I know that myself.

Brett Holmes Yes. I had learnt to read a balance sheet. I had become a member of the management of the union. When I started I was the assistant secretary of our union and required to undertake responsibility for management of funds of the union and I’ve certainly learnt a whole lot more in those 14 years of serving on the HESTA board. But let’s put this back – it is employers and unions who actually negotiate around the original wages from which superannuation is taken. So we have an ongoing obligation to our members every single day to make sure they’re able to take home their wages and superan­nuation is a component of that. It is then held in trust. So it is core to everything we do on a daily basis to look after the interests of our members so there is never any question in your mind to as to why do you exist – you exist in your union role and you exist in your role on the board looking after their retirement savings. It is about them.

Geraldine Doogue So why does someone like David Murray, who used to run the Commonwealth Bank and who has done what is generally agreed an interesting, national interest-based report, why does he nominate reducing union influence as important? He thinks there is too much interest in maintaining union influence rather in maintaining the value of the members’ investments.

Brett Holmes Well when you look at the research that has been undertaken about the value of independent directors then a lot of that is equivocal. Some are positive and some are negative about the value of independents. That means you can only conclude that there is an ideological problem about having workers involved in investing in capital and I think that is driving much of the discussion about industry super funds and why you should get rid of unions off them. It’s always interesting to hear that industry super funds are described as union funds when in fact there is equal representation [with employers] and no one who has ever sat around a negotiating table would think that employers and unions are going to be getting together and contriving to do bad things for their employees or their members.

Gerard Noonan Look, David Murray is obviously a pretty good banker but why he would be a specialist in governance of organisations is a puzzle to me.

I know a lot of directors of publicly listed companies in Australia and I know a lot of directors of superannuation funds in Australia and I can tell there is no difference in the skill sets between the two. They are drawn from different quarters but the skill sets are actually the same and it seems to me there is more passion involved from the people in superannuation. Remember, we don’t make decisions about billions of dollars without being advised. We have asset consultants and other layers of advice about this. But as a board, a group of wise people – that’s the intention – you make judgments on the basis of the good advice given to you by specialists.

There are about 600 trustees in the system across the industry funds. About 60 of them have actually been chosen for specific skills so in some ways they are independent but the remainder of them give advice, make wise decisions and as you said in the introduction, the end result has been a spectacularly good system.