“Current policies set Australia on a trajectory of entrenched division according to immigration status, preventing migrant workers from exercising basic rights that other workers can access,” it said.

“We risk returning to a society characterised by exploitation of migrant workers, not universal labour rights.”

At any one time, more than one million non-residents are in Australia on visas that provide temporary work rights.

The growing use of such workers represents a big change from the permanent settler model that characterised Australian migration in the 20th century.

In recent years, media and union investigations have uncovered many examples of gross exploitation of temporary workers.

A 2013 Fairfax Media report revealed hundreds of foreign workers and students were being forced into “debt bondage” after paying up to $40,000 for skilled worker visas.

Some of them signed contracts stating they would be sacked if they engaged in “trade union activities”.

Labour rights of all workers undermined

APHEDA said the employment of immigrants on a variety of temporary visas undermines the labour rights of all workers in Australia.

“Pro-business gains at the expense of workers in Australia have coincided with expansion of temporary labour migration schemes,” it said.

“Restrictions on the full exercise of labour rights are present across a number of visa categories, including international student, 416 (seasonal worker), 417 (working holiday) and 457 (skilled temporary work) visas.

“Temporary migration schemes are structured in a manner that often forces many migrant workers
into precarious and unfair employ-ment contracts.

“This includes ‘bonded’ arrange-ments where visas are dependent on the goodwill of an employer and workers face restrictions and barriers in changing employers.

“Working for as little as $6 per hour, temporary migrants are also pushed into the informal economy where real rates of pay are dramatically below legal minimum rates.”

“The Australian Taxation Office has identified the informal economy as a major tax integrity risk, and
has estimated it to account for between $2 and $3 billion in lost tax revenue annually.”

APHEDA said it supports a “well-designed labour mobility program” that would “enable decent work and development for communities, especially for our Pacific neighbours who are some of the most aid-dependent nations in the world”.

A decline in the level of union membership correlates strongly with increased income inequality, according to recent research by the International Monetary Fund, cited in the APHEDA submission.

“One way for workers in developing countries to win their fair share of global economic growth and enable their families to lead lives of dignity, free from want, is to strengthen their ability to organise and bargain collectively.”

APHEDA called on the government to recognise trade union development in its official overseas aid program.

“Trade unions are needed to defend and enhance labour rights, especially in a globalised world economy where child labour, bonded labour, forced or slave labour, discrimination on race or gender, health and safety conditions in workplaces and poverty through low wages remain commonplace.” 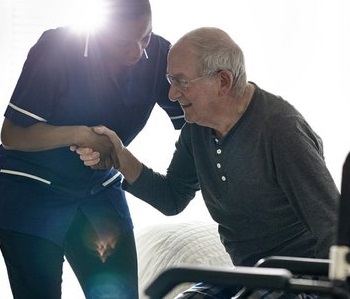