The Abbott Government should get serious about the budget bottom line and address unfair tax expenditure that sees billions of dollars in superannuation tax concessions flow into the pockets of high income earners every year.

ACTU President Ged Kearney said the Government’s selective use of facts ignore the critical and obvious point that unfair superannuation concessions could be overhauled to generate revenue.

“The Abbott Government is glossing over the fact that Australia forgoes more revenue through tax expenditure than all other advanced economies,” Ms Kearney said.

“The Government should be reducing superannuation concessions for high income earners which would save billions of dollars every year.

“We support equitable concessions focussed on low and middle income earners not a bonanza for the top.

“The Government should be taxing super at an employee’s marginal tax rate which would save billions of dollars every year.” 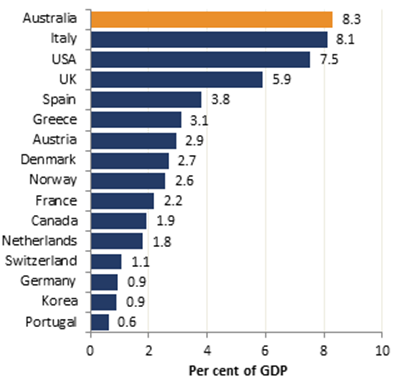