Rally to stop the TPP

The National Parliamentary inquiry into the Trans-Pacific Partnership trade deal between Australia, the US and 10 other Pacific Rim countries will be in Sydney on Monday September 26. 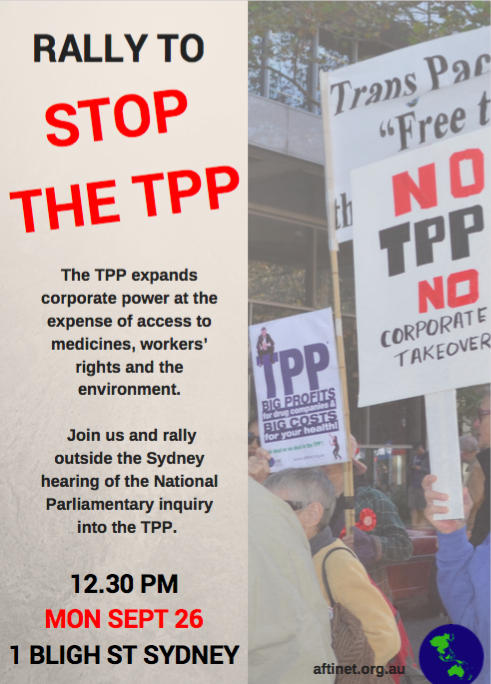 The Inquiry is holding public hearings and will report before Parliament votes on the TPP implementing legislation later this year.

The government does not have a majority in the Senate and the TPP can be blocked if Labor, the Greens and the Nick Xenophon team vote against it.

No other government has yet passed the legislation, and even the U.S. Congress is unlikely to do so.

There is strong Australian community opposition to the TPP, with over 15,000 critical submissions and messages to the inquiry, and petitions signed by 300,000 people.