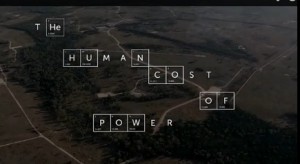 The Human Cost of Power, an Australian film on climate, energy and health, was produced for the Climate and Health Alliance and the Public Health Association of Australia and will screen at the Summit on 16 November. It will also screen at the Think Forward Film Festival, a festival aimed at disseminating climate change and energy issues through film media,  in Venice in December 2013.

Climate and Health Alliance convenor and film producer Fiona Armstrong said the international interest in the film highlighted the growing gap between Australia and the rest of the world in its willingness to face the reality of climate change.

“While our government buries its head in the sand on climate change, the rest of the world is working on solutions. We’re pleased to be able to share this film with the world about the harm that Australian coal and unconventional gas is causing to the health of people in our country and around the world and to highlight the unprecedented surge in global emissions being caused by the massive expansion of mining coal and gas in Australia.”

Film director Alexandra de Blas said the film features insights from public and environmental health research that are poorly understood in the community and not considered in decisions to approve new and expanded coal mines and gas projects.

“The health risks to people from coal and unconventional gas are not widely known in Australia or taken into account by governments and industry. In addition to that, the expansion of these industries in Australia poses dramatic risks for the global community because of their contribution to climate change.  This film allows the voices of these health and environmental experts to be heard – we hope our nation’s leaders, and those of other countries, are listening.”

“Cleaning up our energy supply system, cutting national emissions, and contributing to a global climate agreement are all significant public health issues – we urge the Australian government to act in the interests of the local and global community, and commit to addressing these issues to protect and promote health and well-being.”

The film will be screened in Sydney at the University of Notre Dame on Wednesday 20 November 2013.